Technique of the Week

It’s been over 1 month since I last posted about how I was going to make my own pickled onions and the results were really quite unusual. I first tested my garlic flavoured pickled onions, the first thing I noticed was that the garlic had turned blue! I did a bit of research online to see if this meant they had gone off or become harmful and apparently according to “Lifestyleblock” it can happen because the copper content of the pan you use to heat the vinegar reacts with the garlic, or according to “Sally Strove” it can be a number of factors including temperature but it should still be fine to eat!

I wasn’t too sure if I wanted to try it but I ate half of one and it just tasted like vinegary garlic…hmm!

I didn’t like the flavours of the pickled onions either they were sharp with no balance of sweetness, I think I must have gone wrong with this batch somewhere. I feel a bit disappointed because I spent a month waiting with excitement to dig in to my home-made pickled onions!

These were a different story altogether! They tasted nothing like black pepper, not even a slight kick, which is a shame. But they didn’t turn blue! and they didn’t have such an unpleasant vinegar taste when I tried them.

I think they probably could have done with a little longer in the pickling liquid as they could have been softer but over all they had a nice balance of flavour and they were more enjoyable to eat. I used the same liquid for both jars so I can only assume that the black pepper that I added to this jar helped with the flavour balance.

I think over all I won’t bother pickling my own onions again, at least not for a while! Once the memory of the blue vinegar garlic has left my mind I may decide it’s something I really need to learn to perfect instead of just give up on.

I may try pickling other items instead of onion, I’d LOVE to try Kimchi which is a different technique altogether really. I’d also like to try gherkins. But alas….I think my pickling days are over for a while.

Have you successfully pickled onions? What tips do you have for a down hearted pickling amateur like myself? 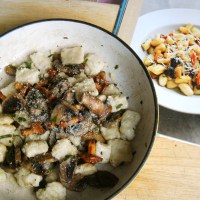 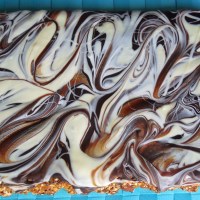